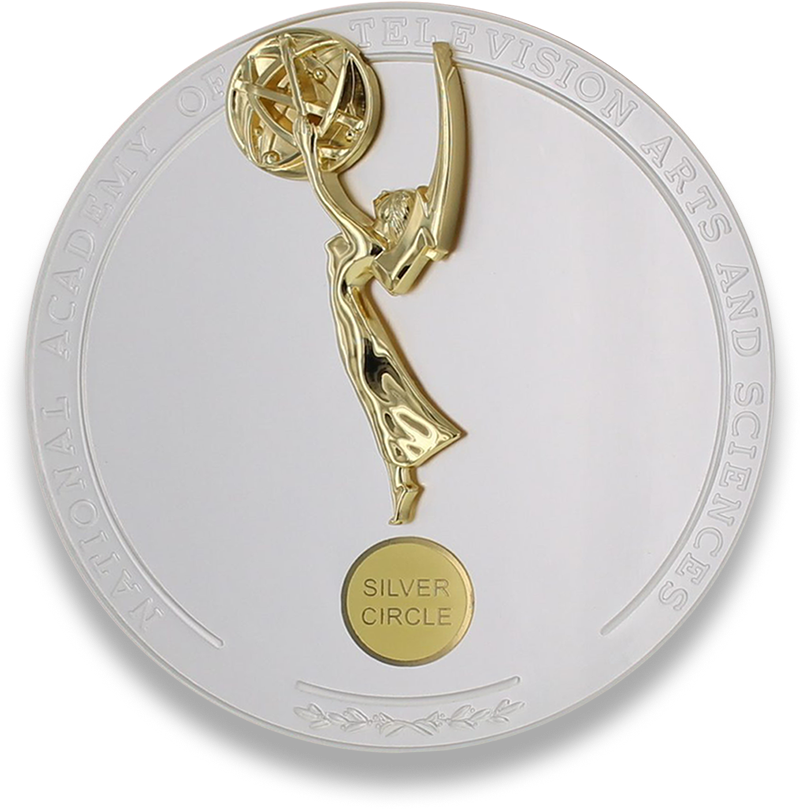 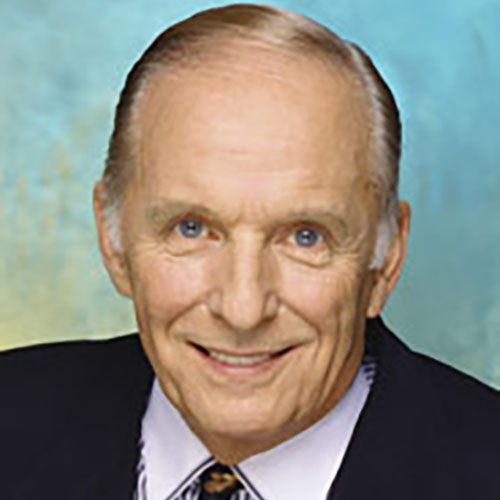 William J. Bell was an Emmy-winning co-creator of two of television’s most successful soap operas, “The Young and the Restless” and “The Bold and the Beautiful.” A leading figure in daytime television as a writer, producer and creator for more than four decades, Bell won nine Emmys, including a lifetime achievement award presented in 1992. Bell, born in Chicago, grew up listening to radio soap operas when he came home from school for lunch. After serving in the Navy, he attended DePaul University and landed a job at CBS in Chicago writing a comedy show. He met Irna Phillips, a pioneer in soap operas and the creator of “The Guiding Light,” in 1954 and went to work for her as a writer two years later. That same year, he married Lee Phillip, a broadcast journalist in Chicago. In 1957, he began writing for “As the World Turns,” a job that lasted nine years.

With Phillips, Bell co-created “Our Private World,” prime-time television’s first soap opera, in 1964. A spinoff of “As the World Turns,” the show, which aired Wednesday and Friday nights, ran for just five months in 1965. In 1966, he took the job of head writer on “Days of Our Lives.” The show had been on the air for 26 weeks and appeared headed for cancellation.

Changes in cast, writing talent and story lines brought about by Bell are credited with reviving the show and getting it renewed for another season. Within four years it was one of the highest-rated shows in daytime television. Bell was still the head writer on “Days of Our Lives” when he and his wife created “The Young and the Restless,” which received numerous Emmy Awards over the years, including six for outstanding drama series, most recently in 2004.

“The Young and the Restless” is the saga of two wealthy Midwestern families in the cosmetics industry, the Newmans and the Abbots. It featured actors David Hasselhoff, who was on the series for seven years, and Tom Selleck, who appeared for two, before they made their big breaks in prime-time television. In 1987, the Bells created “The Bold and the Beautiful,” the story of the Forrester family and the fashion industry in Los Angeles. Asked some years ago to define his success, Bell replied that much of it was in the characters.

“You have to have darn good characters that people like, admire, can relate to or hate but feel some kind of emotion about,” he told the Montreal Gazette. Story line is also important, Bell added. “Romance is probably the most important thing in everyone’s life, next to health,” Bell told The Times some years ago. “We love to live it, and we love to watch others.” Participation in his shows has become a family affair. In addition to his wife, a longtime co-creator and consultant, his daughter Lauralee is one of the lead actresses on “The Young and the Restless.” 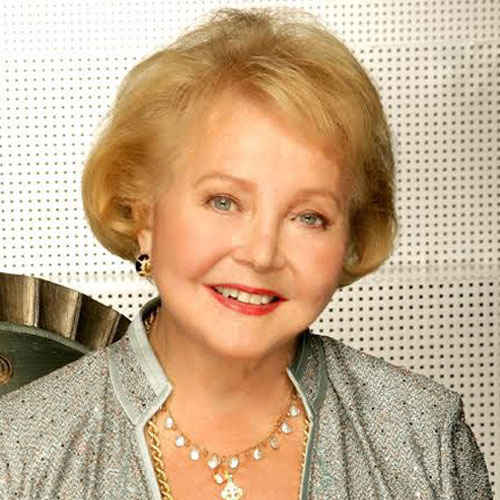 Lee Phillip Bell co-created CBS’ flagship soap operas The Young and the Restless and The Bold and the Beautiful with her husband, William J. Bell.

Born in Chicago in 1928, Bell began her television career at the city’s WBBM-TV station in the 1950s, becoming a well-known presence for more than 30 years and earning the moniker “the First Lady of Chicago television.” Her talk show, The Lee Phillip Show, became a fixture of Chicago daytime TV, with many high-profile guests, including Lucille Ball, Judy Garland, President Richard Nixon, and President Jimmy Carter. It was also notable for tackling contemporary social issues, which Bell also explored through numerous specials and documentaries, covering such topics as foster children, prison life, and divorce. In 1954, she married advertising agent William J. Bell, who went on to write for soap operas such as Guiding Light and As the World Turns. In 1973, the couple created their own soap opera, The Young and the Restless, which has run continuously on CBS since then and has held the title of top-rated soap opera for more than three decades. The Bells also created its sister series, The Bold and the Beautiful, in 1987.

Lee Bell won a Daytime Emmy for Outstanding Drama Series for The Young and the Restless in 1975, and received the Daytime Emmy Award’s Lifetime Achievement Award in 2007.

Bell’s husband died in 2005. She is survived by her children William James Bell, Bradley Phillip Bell, and Lauralee Bell Martin, and eight grandchildren. 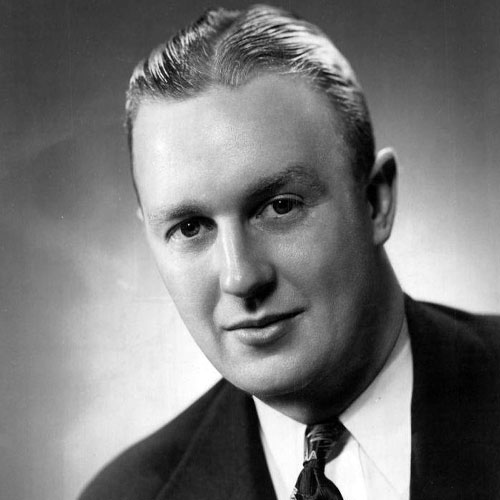 Jack Brickhouse, a broadcaster best known for covering Chicago Cubs baseball, also covered many other sports and teams and did a significant amount of non-sports broadcasting, including coverage of several national political party conventions, and interviews with four U.S. Presidents and Pope Paul VI. Jack was born January 24, 1916, in Peoria, Illinois. While working at a distillery, Jack entered an announcing contest held by local radio station WMBD. Though he didn’t win, he accepted a job as a half-time switchboard operator, and the other half of his time was spent on the radio, announcing news, weather, barn dances, variety shows, and local sports. He became known for his “Man on the Street” interviews, approaching pedestrians for comment on issues of the day. Though he was eventually named to ten Halls of Fame, his selection as the 1983 recipient of the Ford C Frick Award, given by the National Baseball Hall of Fame for career excellence in broadcasting, was a personal pinnacle. Brickhouse’s legacy in baseball broadcasting is of having carried the flag for WGN as it established itself as the first cable superstation and televised almost all Cubs games from the 1950s through the 1990s. His voice was well known in Midwestern households from the mid 1930s to the early 1980s, and his famous home run call of “Back, back, back…Hey Hey!” is still remembered fondly. Brickhouse died on March 3, 1998 at 82 years old. Note: A version of this biography originally appeared in Scribner’s Encyclopedia of American Lives.

Callaway was born on Aug. 22, 1936. Growing up in New Martinsville, West Virginia, Callaway first moderated public policy debates at age 6 over the family’s dinner table. Callaway grew up surrounded by stimulating conversation: his father was the editor of a conservative Republican newspaper – his mother was the society page editor.

After three semesters at Ohio Wesleyan University, Callaway left school for a taste of life in the big city. Hitchhiking to Chicago with just 71 cents in his pocket (he thought that sounded romantic), he quickly abandoned dreams of becoming an actor or playwright, and got a job as a police reporter for the Chicago City News Bureau. It wasn’t long before the young Callaway was working as a reporter and producer for WBBM radio and television.

In 1968, Callaway oversaw WBBM radio’s move to an all-news format. Then, he moved to New York for a brief stint as a CBS radio executive and later national correspondent. Returning to Chicago in 1973, Callaway rejoined WBBM-TV as a reporter.

Soon after, he made the jump to public television and WTTW, creating what was called the Public Newscenter. Local and national versions of his acclaimed “Callaway Interviews” program soon followed. When asked by Johnny Carson to name the country’s best on-air interviewer, commentator William F. Buckley declared it was Callaway, “that chubby fellow in Chicago.”

In their search for a forum beyond just the one-on-one interview, Callaway and WTTW tried a number of formats, settling comfortably on “Chicago Tonight” in 1984. He would go on to host the program until 1999, and came back a number of years later to lead “Friday Night,” another one-on-one interview program, until his death on June 23, 2009. 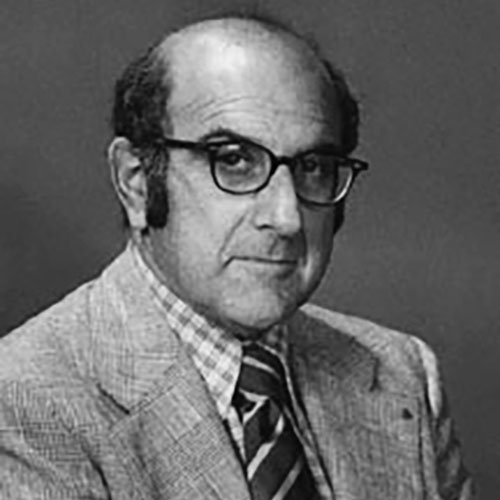 Joining the Chicago public TV channel WTTW as public relations director in 1958, Morris later became program director and station manager. During his tenure there, he created several highly successful series, including the influential “Book Beat,” which won a Peabody Award and ran nationally on PBS for 15 years.

In the late ’60s, Morris moved to New York to work for Time-Life Films, where he developed the “America” and “Civilization” series and won another Peabody for the special “Search for the Nile,” made jointly with the BBC.

He returned to Chicago to become vice president and general manager of WSNS Channel 44, which he ran 1972-84. He then became chair of the television department at Columbia College, where he continued to teach until very recently.

Morris served as president and governor of the board of the Chicago chapter of the National Academy of Television Arts and Sciences and was a longtime member of the org’s national board. He was a recipient of the Academy’s Governors’ Award for distinguished service to the Chicago TV industry. Mr. Morris died in 2001. 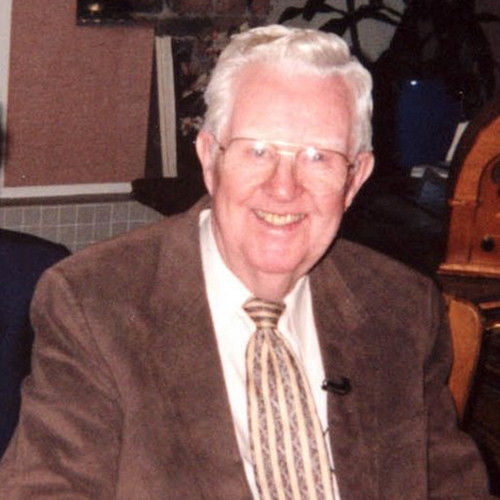 Sterling Quinlan helped build station WBKB-TV (now WLS) in Chicago. His career began in 1947 at WBKB in Chicago where he eventually worked his way up to the title of station manager. During that time he participated in the rise of the “Chicago School” of television. Until he left WBKB in 1965, he was considered the most independent station manager in the country. He went on to consult for WTTW, Chicago’s public television station and is currently working with DG Systems in Chicago.

Red sought provocative programming that more than once raised the eyebrows of ABC's corporate hierarchy. One such example was Tom Duggan, whose outrageous and flamboyant personality was perfect for channel 7. Duggan had been doing a five-minute sports show over at NBC when he attracted the attention of Quinlan and WBKB. In six months, Duggan's evening program became number one. Duggan talked about everything and anything. Duggan was loud, abrasive, and at times unpredictable. Perhaps best described as the Morton Downey Jr. of his day. Duggan also had ties to the Chicago Mob, an association that made Quinlan nervous, especially when Duggan would "predict" a Mob hit on the air and two or three weeks later that hit would come to pass. But by the early sixties rising tensions between Quinlan and New York were coming to a head. Seeing the writing on the wall, he soon found himself being courted by Marshall Field III, owner of Field Enterprises, publishers of The Chicago Sun-Times. Field was interested in entering the television business and had his eye on a construction permit that had been changing hands since the early sixties. The permit's current holders were Harry and Elmer Balaban who were doing business as H&E Balaban Inc. The Balaban brothers were part of the eight brother Balaban family that also included Paramount Pictures' head Barney and WBKB founder John. Field left Quinlan with an open invitation should he ever want to leave ABC and WBKB. His biggest nemesis on the east coast was Ted Shaker, who ran ABC Spot Sales. Shaker campaigned to take over all the ABC owned and operated stations. Shaker and Quinlan did not get along; with Quinlan constantly avoiding Shaker's calls and letters. Things finally came to a head when ABC supported Shaker in an issue and Red went to New York and resigned, taking the chief engineer, the program director and the comptroller along with him.